Social Train Wrecks And Why We Feel Compelled to Watch 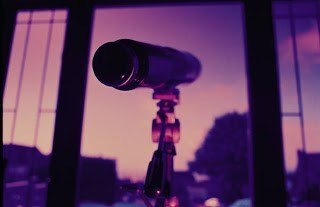 Okay, I have to admit it. I like to watch. Yes, it’ll probably come as a great surprise to many of you that a therapist watches others.

Well, NEWSFLASH… Apparently being a watcher of others doesn’t require you to be a therapist. It only requires that you be human. The experience of watching is one of the most fundamental processes we have for learning how to be in the world with others.

But not all watching experiences and the reasons we do it are the same.

Charlie Sheen, his tiger blood, AND his vmail rant to Denise Richards. Lindsay Lohan and her revolving jail stay experiences and vain attempts to stay “relevant.” Anthony Weiner and his bulge on Twitter. Mel Gibson and his taped racist rant. Dad’s letter and computer shooting rant on Facebook. Your high school friend’s public declaration for an old flame that ends with an even more public divorce followed up with a steady stream of sickening lovey-dovey posts between the newly betrothed. Oh, and did I mentioned that you’re Facebook friends with ALL OF THEM – him, her, the new woman and her now ex-husband???

People learn by watching others doing a variety of things essential to survival. Social learning theory is not new so it’s not some big revelation that we learn by watching others. Teachers, parents, spiritual guides, and other significant people in our lives model behavior and demonstrate socially acceptable ways of being and interacting with others.

Watching helps us feel connected to the world around us. 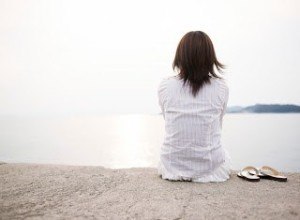 No navel gazing
“Whatever pleasure the experience of the possibility of being ignored once provided has been canceled out by the fear of being excluded, by the fear of not being counted. We don’t know ourselves through the quiet moments of contemplation where we suspend our social mimicry; instead we know ourselves when our social striving is represented back to us through social media’s scorecard.” ~From the article Selfishness and Self-absorption by Rob Horning

Now, this is the most basic way to think about watching others, but it is only a start to our watching ways. As a matter of fact, I think there are levels of watching that kick off a chain reaction of emotional and physical responses that are unique, exciting, and sometimes even scary. The experience can range from passive acknowledgement to delusions of access to the people and situations we’re watching.

We watch to gather information, to judge, to assess, to get ideas, to compare, to inspire, and even to get aroused. Our response to watching is linked to our purpose for doing so. For the longest time we only had social events to do our watching, but television and film changed all that by offering people privacy to passively consume things rarely seen or experienced in real life. This medium works well for many, but it was a one-way experience until the Internet came along.

Watching didn’t start with social media. Reality TV cut a more direct path to watching social and personal train wrecks, but with the introduction of the Internet and mobile devices, suddenly the experience of watching assumed a whole new level because it became an interactive experience.  It also took on a faster-than-the-speed-of-light pace. Pre-Internet trends would take months and even years to form. Now it can happen in the matter of days or even hours, and lucky us…we have a front row  seat if we want it.
People can now safely linger in the shadows of cyberspace and not just consume experiences of their choice to their heart’s (or loin’s) content. They can now influence it, interact with it, and actually create it. Watching takes on a range of experiences from passively glancing at your friends’ Facebook posts to actively engaging adult entertainment experiences or even illicit behavior via the dark web.

There are positives and negatives to watching. The upside of watching others is when we see other people doing good deeds. Seeing others doing nice things is infectious and can put us in a better mood as it turns out.  It can also inspire people to try something new or different, generate empathy, and ignite national and global campaigns.

The downside of watching is becoming obsessed to the point of stalking or the appearance of stalking. When the behavior gets to this point, it can be considered clinical voyeurism and should to be treated by a professional. 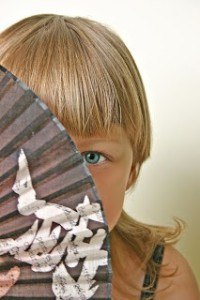 Morbid curiosity is a natural part of the human experience. We just seem to have an attraction to what’s been dubbed “macabre voyeurism.” We are attracted to and hang with the Charlie Sheen, Lindsay Lohan, and drama-filled Facebook friend situations in search of a logical, other-side-of-chaos experience as noted in Eric G. Wilson book Everyone Loves a Good Train Wreck: Why We Can’t Look Away.

I see it as a form of entertainment. Humankind has had stories since the beginning. We’ve written them, watched them performed, and starred in them. It offers an escape, a fantasy that’s different from our day-to-day operational existence. We’re glad the dramas aren’t ours, but we do enjoy watching them because they show us the riskier, more uncertain side of living.

Maybe the social train wrecks reflect some darker or crazier side of self we all like to pretend doesn’t exist within us or we’re aware of it but simply keep buried or managed. Perhaps it’s a form of vicarious experience. It’s through others we can experience extremes without the messiness or responsibility of the resulting fall out. That’s part of the joy of Halloween, mascarade parties, and fantasy play. For just a little bit of time we can roll up our social facade and play in safety. In between those times, we can just go on watching others.

What do you find interesting to watch in social media sites?